Meet Candace Lucretia Fulham Skinner. I found her through the Internet Archive image mass upload, in The Fulham Genealogy. She was married to a Universalist minister, but was a force, and a teacher and editor in her own right.

A force, it seems, presaged by her enormous head. But her whole story is grand. See highlights below, and you can read her whole biography in the book below. 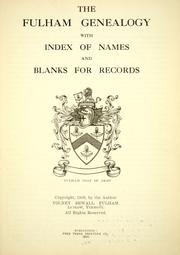 During several of her latest years her sight was impaired so as to prevent any considerable use of her eyes in reading, writing, or study; and entirely incapacitate her for the various kinds of artistic work with a needle at which she was an adept, and in which she had found great delight.

She inherited in considerable measure the massive brain of her father, Sewall Fulham, her head having a circumference of 23½ inches, with much of his intellectual power and his marvelous memory; and she developed these to the uttermost by the studious habits of a lifetime. Her opportunities for instruction were limited to the common school and the village academy, in which she ranked as one of the best of her class; but in these she made only the beginning of her scholarly attainments, which finally reached a degree of excellence known to few.

For some years she was a teacher of public and private schools; and between 1847 and 1850 she taught French to pupils of the academy at Ludlow. In 1850 she became Preceptress of the Liberal Institute at Waterville, Me., a Universalist school, in which she was associated, first, with James P. Weston, D. D., afterwards Pres. of Lombard University; and finally with Harris M. Plaisted, in later times Member of Congress and Governor of Maine. Here her fitness for the position was so well recognized that, when occasion required, she was intrusted with the instruction of any and all classes. Her scholarly accomplishments included a thorough knowledge of the Latin and the French languages; a less acquaintance with the Greek and Italian; familiarity with botany; and the mastery of English in all its details. And she was an excellent mathematician.

On Sunday, Feb. 5, 1878, while engaged in a funeral service at the Congregational Church of Waterville, Mr. Skinner was prostrated by paralysis, which, after nearly a year of helplessness, caused his death. He had been Editor of the Universalist Register, a statistical annual of the denomination, for several years; and, during his disability, she gathered the data, prepared the copy, and directed the publication of the issue of 1879. In the following year she was appointed Editor by the Universalist Publishing House, and she continued the work until after the publication of the number for 1881, when a long and severe sickness terminated the employment.

View all of Scott Wells's posts.

This site uses Akismet to reduce spam. Learn how your comment data is processed.

The Boy in the Bands is a record of the passing thoughts of Scott Wells, now more cultural and less churchly. That side of my writing is now at revscottwells.com, thought I'll keep an archive here, too. I'm proud of my employer and colleagues, but the opinions here are mine.